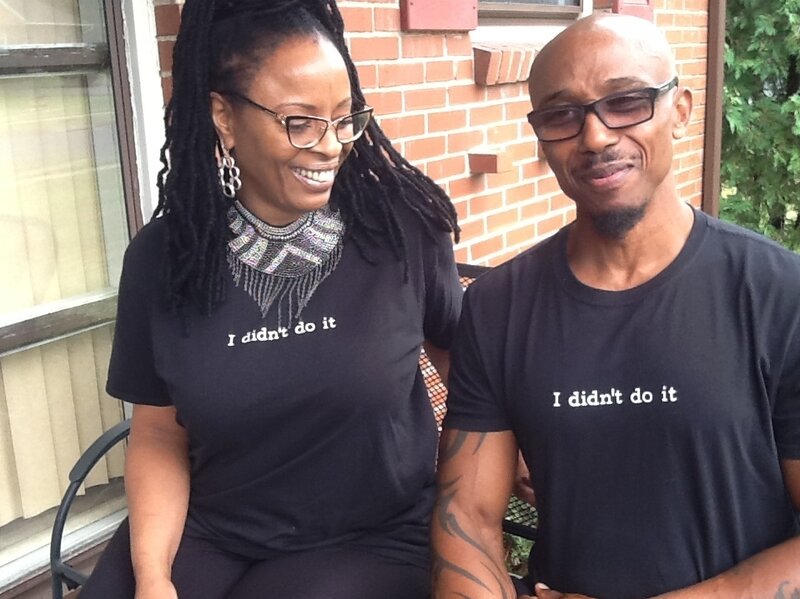 A man who served nearly three decades for a murder he didn’t commit was awarded $27 million — $1 million for each year he was in prison — by a federal jury last month.

When the jury foreman read out the award, “everybody started crying and stuff like that,” said Mark Schand.

Schand was convicted in 1987 of a nightclub shooting in Springfield, Mass., that killed a female bystander. In 2013, a judge considered new evidence — uncovered by the innocence organization Centurion Ministries — and let him go.

In 2015, Schand sued the city of Springfield and four police officers for violating his civil rights. A judge dismissed the lawsuit against the city — that case is currently awaiting appeal — but allowed the one against the officers, all retired: Elmer McMahon, Leonard Scammons, Raymond Muise and Michael Reid.

When the case went to trial, Schand’s legal team relied on evidence that the officers used “unduly suggestive” techniques when identifying him as a suspect.

The jury decided that was worth $1 million for every year spent in prison, an outcome even his lawyers hadn’t predicted.

“What are 27 years of a person’s life worth? That is a very interesting philosophical question,” said Heather McDevitt, one of Schand’s attorneys. “There are experiences that can never be recreated. There is the pain and suffering and subjection to violence and isolation and loneliness.”Article continues after sponsor message

For Schand, the verdict is less about the money and more about the vindication. He got no help from the government after he was released. He had to fight the state attorney general’s office for a few hundred thousand dollars in statutory compensation — $450,000, minus attorneys’ fees — and even then, no one apologized.

“After all this time, this is the first time there was some acknowledgement that someone [had] done something in my wrongful conviction, someone was responsible for it,” he said. “And, you know, that was almost better than the monetary damages.”

He Went To Prison For A Murder He Didn’t Commit, Then Met The Man Who Put Him There

Still, Schand’s award is significant for a few reasons. Fewer than half of all exonerees have even filed a civil lawsuit for their wrongful conviction, according to Jeffrey Gutman of the Public Justice Advocacy Clinic at George Washington University. Out of those plaintiffs, Gutman said, only half have won any money, with an average award of $310,000.

“So, comparatively, Mr. Schand’s verdict was quite high, although there have been other jury verdicts near or over $1 million per year [of incarceration],” Gutman said.

In most cases, to win a lawsuit for wrongful conviction, plaintiffs have to prove there was official misconduct, not just a mistake.

“It’s an incredibly high burden to meet to win a civil settlement,” says Rebecca Brown of the Innocence Project, which lobbies states to make it much easier to get compensation for wrongful conviction. As it stands, there’s a wide discrepancy among compensation statutes across the country.

Brown also said high jury awards such as Schand’s — however justified — can overshadow the injustice that people have suffered. She points to the $41 million settlement shared by the five men wrongfully convicted in the infamous Central Park jogger case.

“People say, ‘Oh, my gosh, that’s so much money,'” Brown said. But as one of the men put it: “I would have rather had my childhood back.”

The attorney for Springfield, Ed Pikula, wrote in an email that the city is considering options for appeal and that state law limits the city’s liability to $1 million per officer – or a total of $4 million.

Schand said he’s so used to the system failing him that he’s not counting on any of the money. After a series of manual labor jobs, he now runs his own smoothie business in New Britain, Conn.

“I’m 55 years old. It’s all downhill from here for me,” he said, with a wry laugh. “If I ever get [the money], I’m just going to be comforted by the fact that I know maybe my kids will be all right and they won’t have to struggle as much as I did — before I was incarcerated and since I’ve been home.”

His wife, Mia, does allow herself to daydream about the money. “We are looking for a new home,” she said, “and just some peace in our life.”

Schand is mostly looking forward to a time when he can go to a grocery store without people asking about his case. And he will be happy to never set foot in a courtroom again.