(CNN)Critical race theory. You may be hearing those three words a lot these days. Lawmakers in Tennessee and Idaho have banned its teaching from their public schools’ curriculum, while parents in Texas are opposing a school district‘s efforts to combat racism with lessons in “cultural awareness” — seen by some as critical race theory.It’s a concept that’s been around for decades and that seeks to understand and address inequality and racism in the US. The term also has become politicized and been attacked by its critics as a Marxist ideology that’s a threat to the American way of life. To get a deeper understanding of what critical race theory is — and isn’t — we talked to one of the scholars behind it.

Critical race theory recognizes that systemic racism is part of American society and challenges the beliefs that allow it to flourish.

“Critical race theory is a practice. It’s an approach to grappling with a history of White supremacy that rejects the belief that what’s in the past is in the past, and that the laws and systems that grow from that past are detached from it,” said Kimberlé Crenshaw, a founding critical race theorist and a law professor who teaches at UCLA and Columbia University. 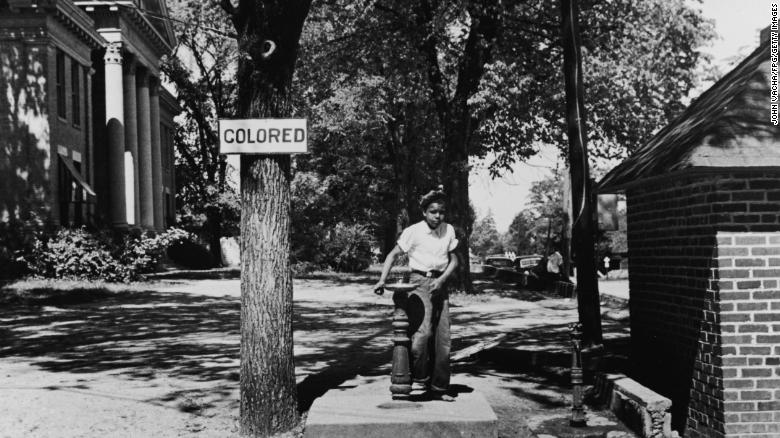 A young boy drinks from the “colored” water fountain on the county courthouse lawn in Halifax, North Carolina, in 1938. Critical race theorists believe that racism is an everyday experience for most people of color, and that a large part of society has no interest in doing away with it because it benefits White elites. Many also believe that American institutions are racist and that people are privileged or oppressed because of their race. While the theory was started as a way to examine how laws and systems promote inequality, it has since expanded. “Critical race theory attends not only to law’s transformative role which is often celebrated, but also to its role in establishing the very rights and privileges that legal reform was set to dismantle,” Crenshaw told CNN. “Like American history itself, a proper understanding of the ground upon which we stand requires a balanced assessment, not a simplistic commitment to jingoistic accounts of our nation’s past and current dynamics.”

Who came up with the idea?

Crenshaw is one of its founding scholars and hosted a workshop on the critical race theory movement in 1989. But the idea behind it goes back much further, to the work of civil rights activists such as W.E.B. Du Bois, Fannie Lou Hamer and Pauli Murray. “Everything builds on what came before,” Crenshaw said, adding that “the so-called American dilemma was not simply a matter of prejudice but a matter of structured disadvantages that stretched across American society.”Crenshaw said she and others “took up the task of exploring the role that law played in establishing the very practices of exclusion and disadvantage.”

Some of the theory’s earliest origins can be traced back to the 1970s, when lawyers, activists and legal scholars realized the advances of the civil rights era of the 1960s had stalled, according to the book, “Critical Race Theory: An Introduction.” Crenshaw was among a group of intellectuals, along with Derrick Bell, Alan Freeman and Richard Delgado, who attended a 1989 conference in Wisconsin that focused on new strategies to combat racism. In 1993, Delgado, Crenshaw, Mari Matsuda and Charles R. Lawrence wrote the book, “Words That Wound: Critical Race Theory, Assaultive Speech, and the First Amendment.”Some critical race theorists also believe notions of race are products of social thought and relations, not biology. “They correspond to no biological or genetic reality; rather, races are categories that society invents, manipulates, or retires when convenient,” Delgado and Jean Stefancic wrote in “Critical Race Theory: An Introduction.”

How has it evolved over the years?

The theory has a passionate group of followers who are mostly academics. It has inspired at least a dozen books, more than 250 law review articles and several conferences. “At this point, it is wider than any specific discipline or school of thought. It isn’t even exclusively American,” Crenshaw said.The concept has taken on new urgency since the killings last year of George Floyd, Breonna Taylor and other African Americans by police officers led to a national reckoning on race. 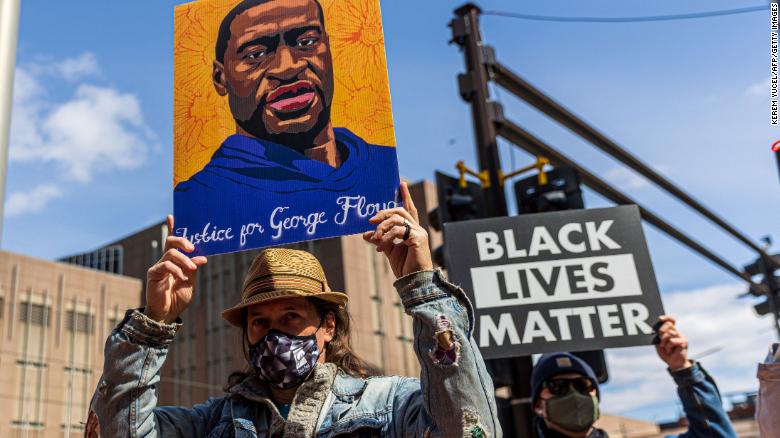 Demonstrators hold signs honoring George Floyd and other victims of police violence during a protest on March 28, 2021, in Minneapolis. Over the past year many Americans have called for for an examination of systemic racism — in part through education such as the teaching of The New York Times’ 1619 Project in schools. That Pulitzer Prize-winning project reframes American history around the date of August 1619, when the first slave ship arrived on America’s shores.

Where is it taught?

Cornell and Harvard universities have conducted research on it. So have the National Institutes of Health. The theory has also led to similar groups focused on Asian American, Latino and Indian racial experiences.The Centers for Disease Control and Prevention had scheduled training on critical race theory last fall before the program was canceled by President Trump’s White House. So far, President Biden has been more receptive to critical race theory. His administration is promoting education programs — opposed by many conservatives — that address systemic racism in the US and the country’s legacy of slavery.

Why is there so much resistance to it?

Critics have slammed the theory, with conservatives accusing it of poisoning discussions on racism. President Trump opposed the teaching of the 1619 Project in schools and banned federal agencies from conducting racial sensitivity training related to critical race theory. His administration called it “divisive, anti-American propaganda.” 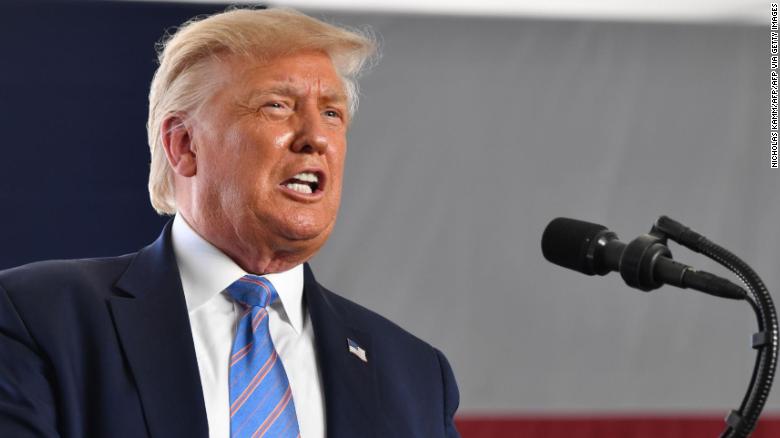 Former President Trump: “Critical race theory is being forced into our children’s schools.””Students in our universities are inundated with critical race theory. This is a Marxist doctrine holding that America is a wicked and racist nation, that even young children are complicit in oppression, and that our entire society must be radically transformed,” Trump said. “Critical race theory is being forced into our children’s schools, it’s being imposed into workplace trainings, and it’s being deployed to rip apart friends, neighbors and families.”Tennessee state Sen. Brian Kelsey, a Republican, argued last week on Twitter that critical race theory is harmful to students because it “teaches that American democracy is a lie. It teaches that the rule of law does not exist & is instead a series of power struggles among racial groups.”But Crenshaw notes that merely acknowledging the nation’s history of racism has long been vilified as unpatriotic and anti-American. “It bears acknowledging that we’ve been here before: For his non-violent agitation for civil rights, MLK was targeted by the FBI as the most dangerous man in America,” she said. “The civil rights and Black freedom movements were targeted, surveilled and disrupted by the FBI. Black Lives Matter has been framed by some in law enforcement as a terrorist organization. So racial justice work … has always had an uneasy relationship with the federal government.”